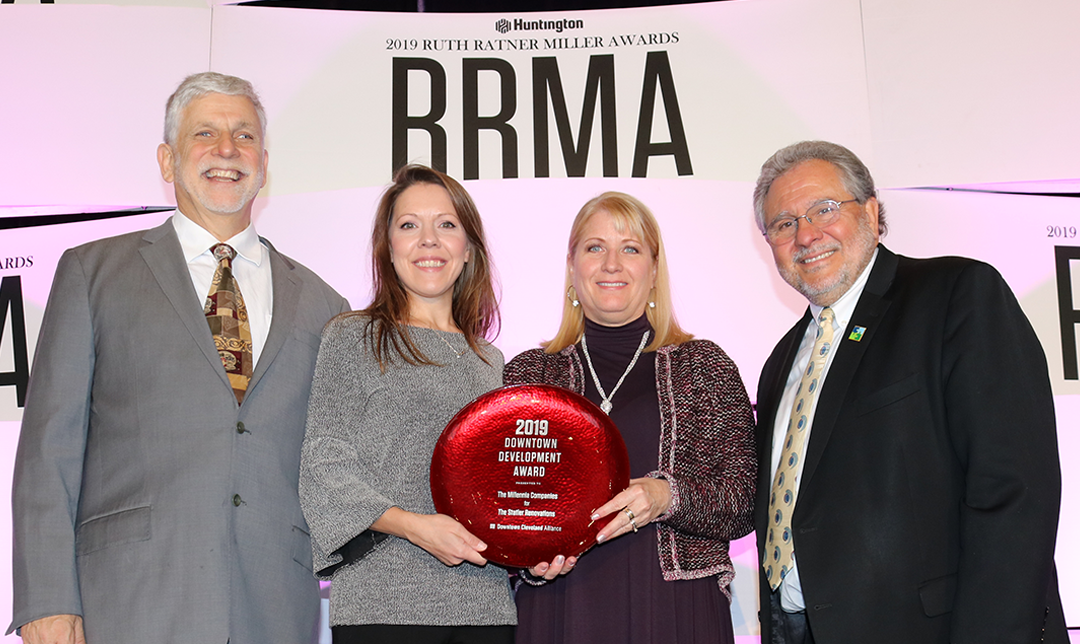 On October 18, The Millennia Companies® received the 2019 Downtown Development Award for The Statler Renovations at the 21st Annual Ruth Ratner Miller Achievement Awards luncheon. Downtown Cleveland Alliance presented the awards to members of the Downtown community for achievement in the advancement and enhancement of Downtown Cleveland.

Located at 1127 Euclid, in the heart of Cleveland’s Playhouse Square District, The Statler has undergone an approximately $14.5 million-renovation to attract new generations of residents to the storied hotel building. After opening in 1912 as Hotel Statler, a rich history of elegance and celebrity followed. In 2018, The Millennia Companies embarked on a comprehensive rehabilitation of the majestic historic structure, which included extensive upgrades to the existing 295 apartment units, common areas and approximately 27,560 square feet of commercial space. With highly sought-after amenities and a desirable address, The Statler is meeting the demand for luxury apartment communities in Cleveland.

The award is named for Dr. Ruth Ratner Miller, who was a civic leader and life-long advocate of Cleveland and its people.