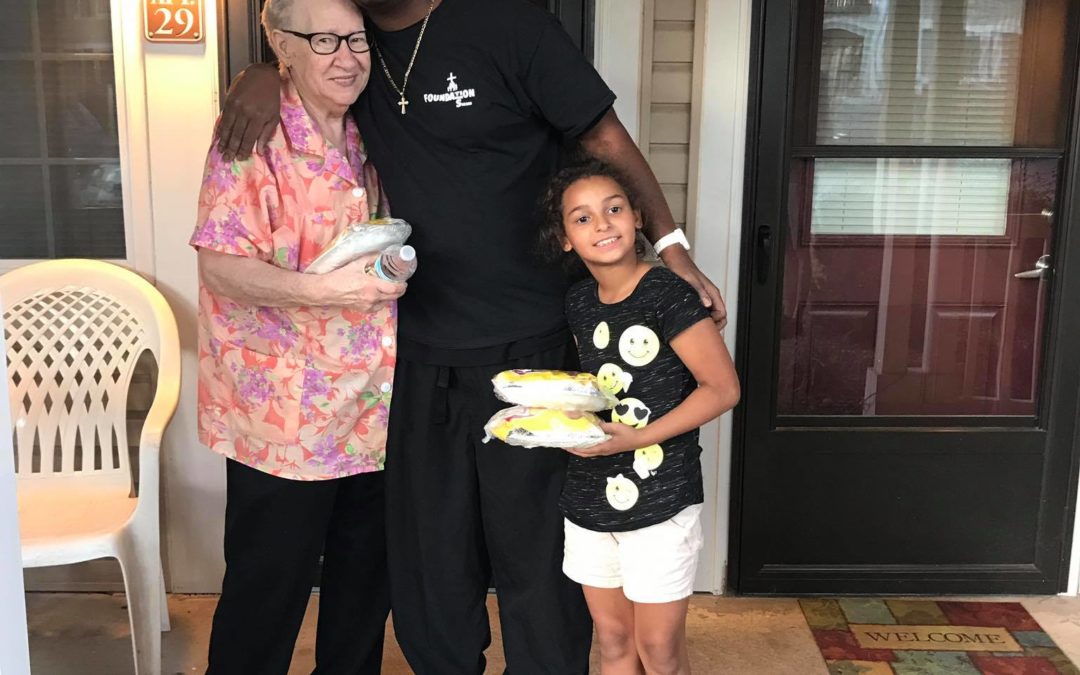 Andre Sheard is a resident of Hannibal Manor in Hannibal, Missouri, an apartment community managed by Millennia Housing Management, Ltd. (MHM). In 2012, Andre learned from a former neighbor that her son was in a juvenile detention center for breaking into the local middle school. Andre began the Andre Sheard Foundation after learning that the reason behind the break-in was boredom.

Andre’s program provides every school-aged child in the community with free school supplies through a partnership with a local dentist office, Hannibal Dental Group. The foundation also hosts an annual back-to-school barbecue at Hannibal Manor to celebrate the start of a new school year. Because many of the children involved in his organization are raised by single mothers, Andre wanted to provide the children with something to do after school while their mothers are working. He partners with the local college, Hannibal-LaGrange University, to collect books for a library he built for the children in the Hannibal Manor community center.

The organization has grown immensely since conception, beginning with just two children, and growing to 20-25 participants on average. Andre hopes to expand beyond the Hannibal Manor apartment community to include surrounding neighborhoods. Recently, a community member donated a used bus to help meet the immediate need for transportation. Building on this momentum, Andre’s next goal is to secure a new bus that will allow for the program to reach its full potential. Andre strives to expose the children to diverse cultures and experiences and believes “If you see more, you can be more.” Eventually, he would like to have a building dedicated to investing in the youth of Hannibal.

You can learn more and donate to this cause at the Andre Sheard Foundation website.