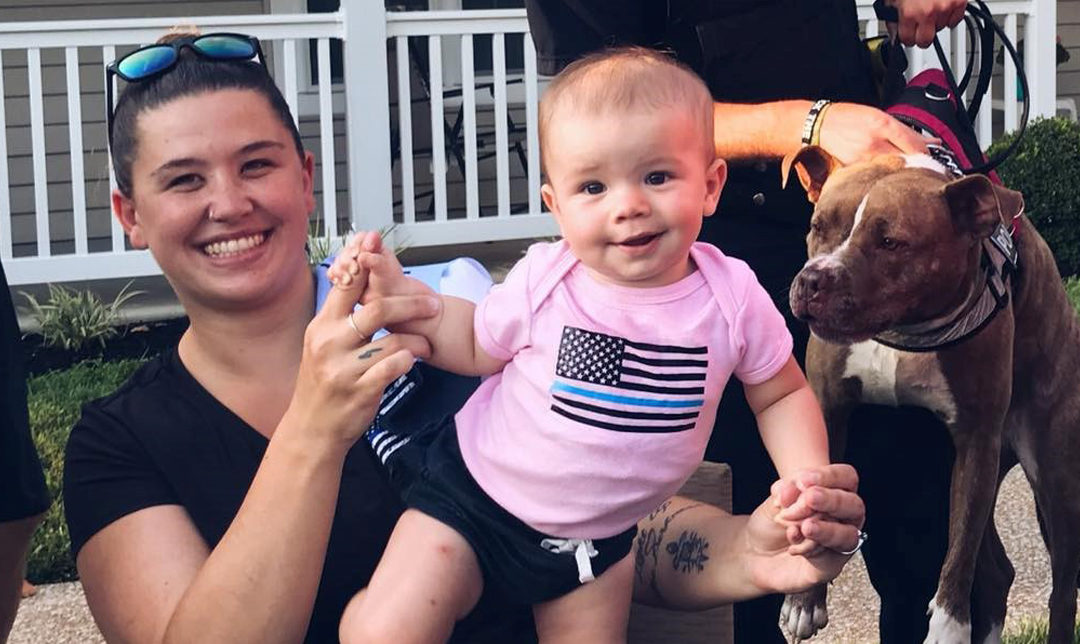 On Tuesday, August 6, the De Soto Police Department held their first annual event to mark the National Night Out Against Crime, a community-building campaign that promotes partnerships between officers and their community, at Sycamore Hills Apartments.

The free event invited the De Soto community to Sycamore Hills Apartments to enjoy food and activities such as slip-n-slide, face painting, raffles and dunk-a-cop. In addition to fun, participants had the opportunity to meet first responders and K9 Coco, and proceeds from a fundraiser benefited the City of De Soto Kennel.

In 2013, Millennia rehabilitated 88 units of affordable housing with the support of financing such as the state’s Low-Income Housing Tax Credit program, a program that helps preserve affordable housing for low-income individuals. Renovations included completely new bathrooms, kitchens, home finishes and fixtures; improvements to the interior and exterior of the eleven buildings and clubhouse; upgrades to the mechanical, plumbing and electrical infrastructure; and new playground equipment and landscaping, among others.

The physical improvements not only vastly improved the appearance, quality and safety of the apartment community, but when coupled with a focus on programming to enrich the lives of residents, it was a catalyst for transformational community change.

The development, formerly known as Cedar Valley, was previously challenged with high crime and was locally referred to as “crack valley” because of issues with drugs. Now, residents are proud to call Sycamore Hills home, and it is teeming with community building activities.

Property Manager, Erica Iliff, has been working closely with the De Soto Police Department to strengthen the relationship between the officers and community. This effort has resulted in officers having an increased presence at the property and in events such as Night Out Against Crime.

Erica is really stepping up and doing a good job to work with the police department, “says Detective Steger. “She was already throwing events and holding great programs for the tenants. She brought this event to my attention, and she did an absolutely wonderful job.”

Detective Steger added that while they only had a few weeks to plan, Erica rallied the business and community partners to support raffles and other aspects of the night. “She was nervous about it being a flop, but it was a success by all means – well over 300 people showed up,” he says.

In addition to De Soto’s first National Night Out Against Crime event being held in the community in collaboration with the staff and residents, throughout the year, the property management team and community partners work together to provide enrichment activities –  back-to-school events, community game days, summer meal programs, and celebrations in the clubhouse to mark holidays and birthdays – to enhance the lives of residents.

“Next year is bigger and better; there is no doubt about that,” says Detective Steger.